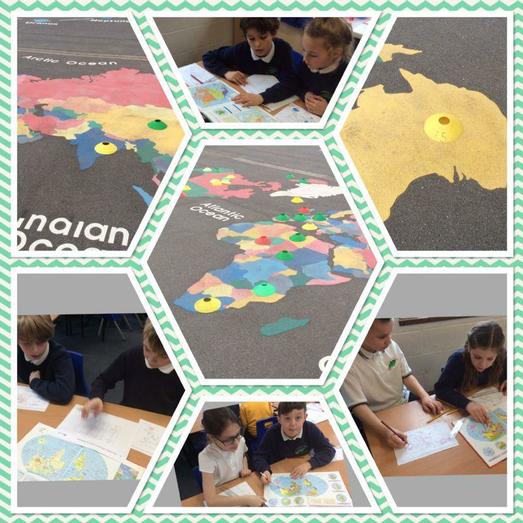 As part of our learning about Queen Elizabeth II, we went outside and placed cones on the parts of the world we thought might once have been under British Rule. After researching, we were surprised to find that they were not always the countries closest to Britain, We likened this to our prior learning about the Roman Empire and how they grew their Empire.