Why do people celebrate?

This was our key question in RE this term. After looking at the different celebrations for different faiths and communities, we tried to write our won quotes to sum up our answers. We thought about the reasons why people came together to celebrate and how they would feel as a result. 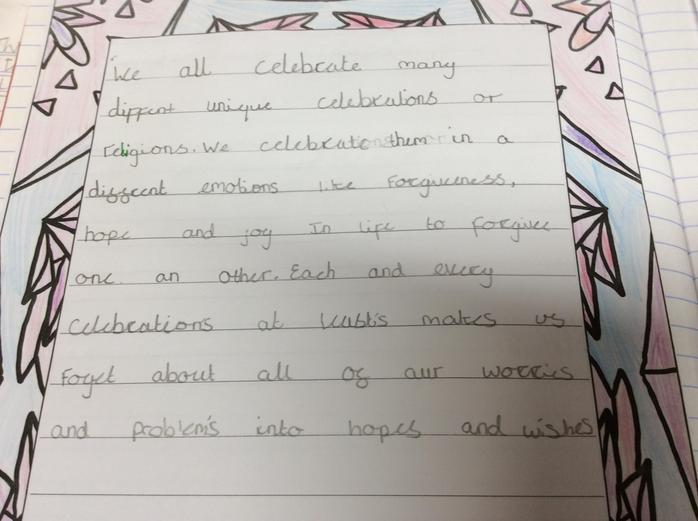 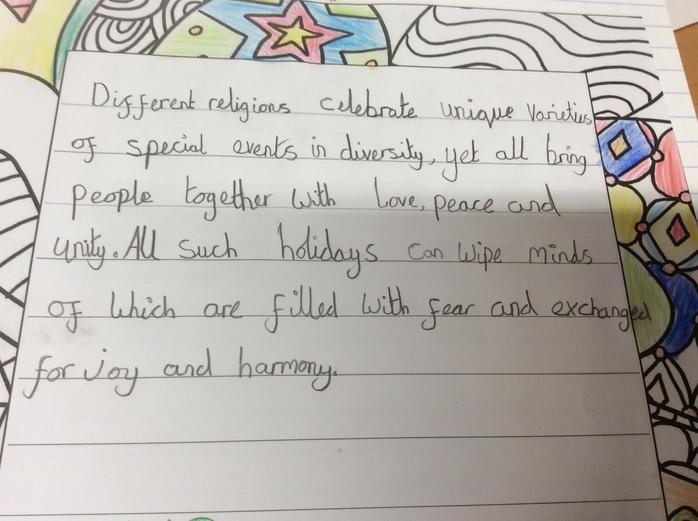 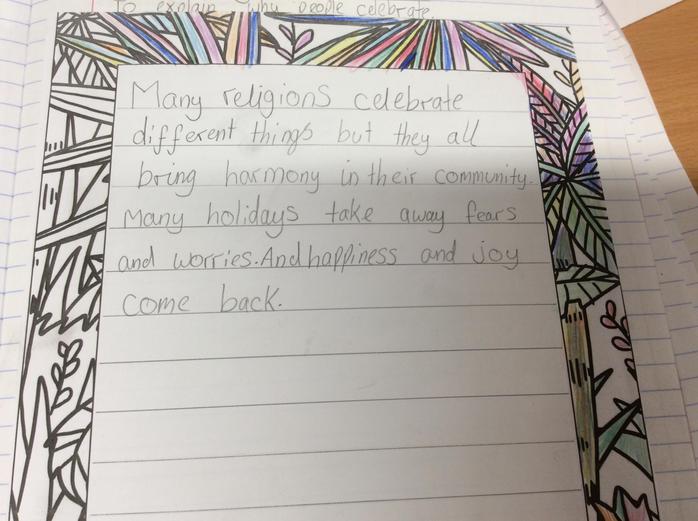 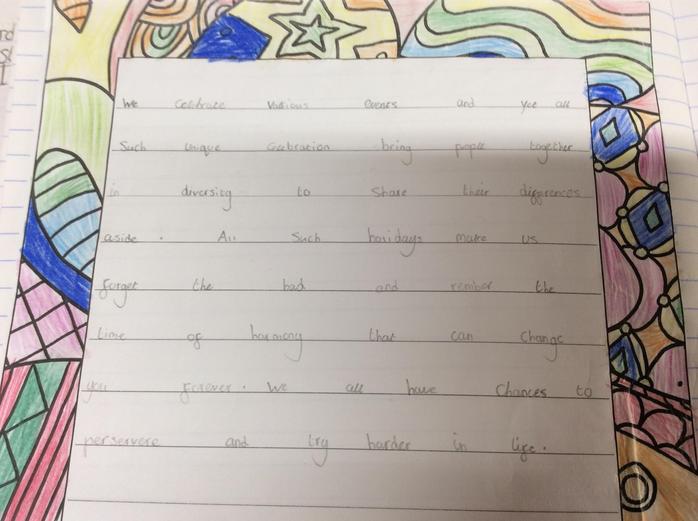 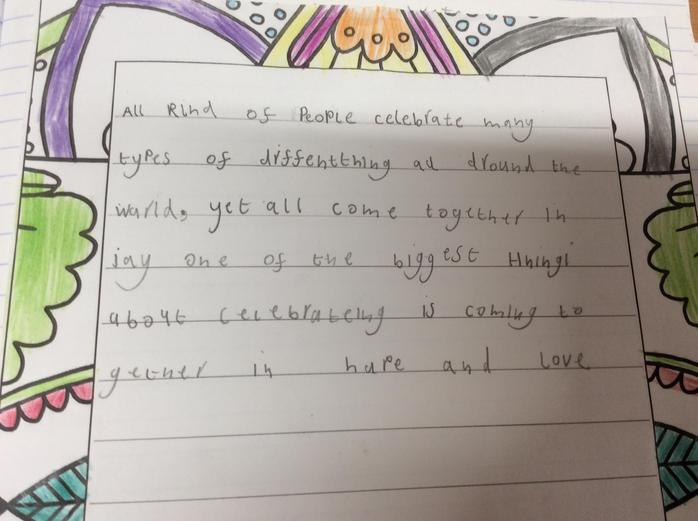 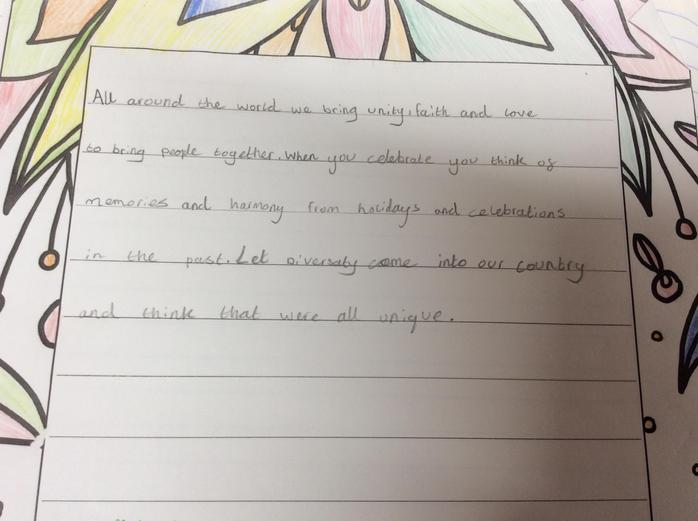 4S have loved learning more about the Anglo Saxon Gods and Goddesses and how they can still be seen today- particularly through the English names of the week.

After conducting their own research, they were able to create leaflets of the key facts to share with others. 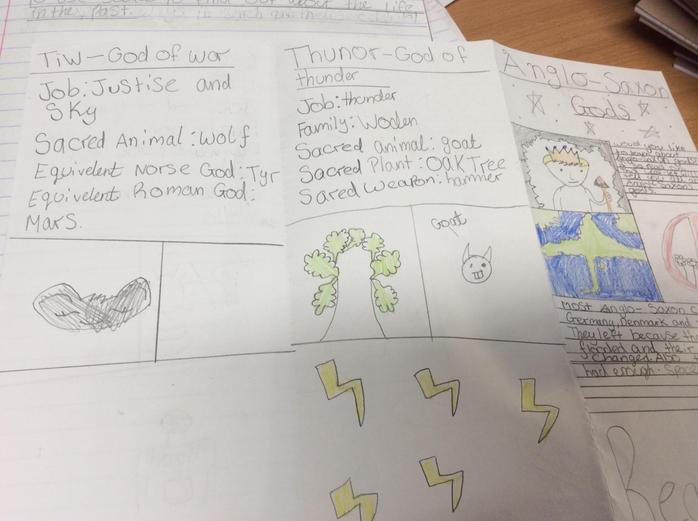 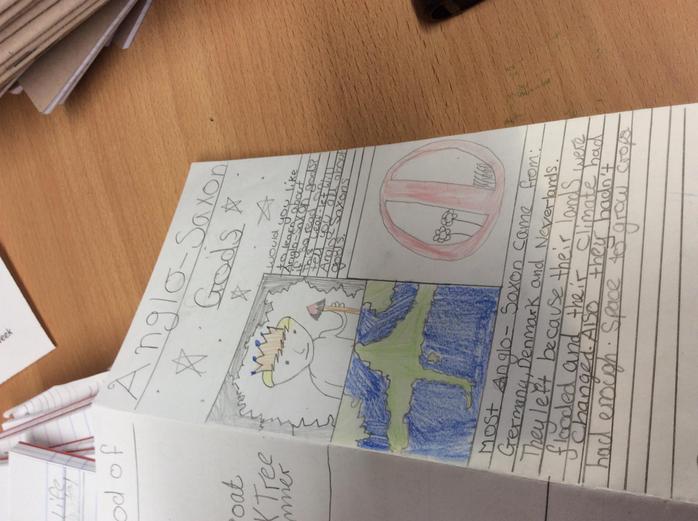 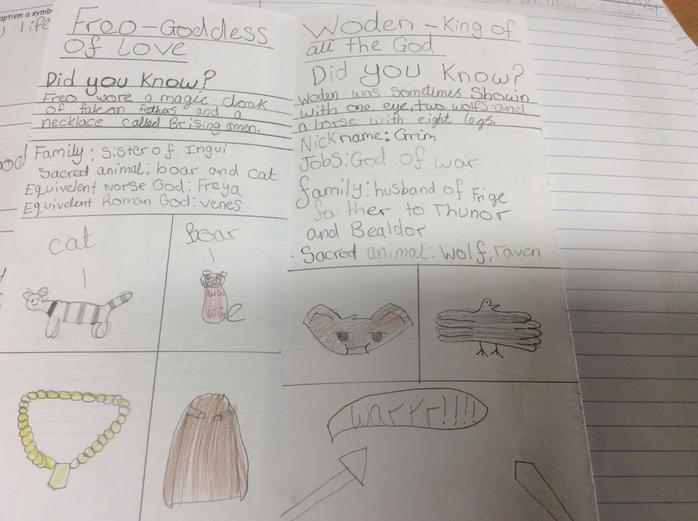 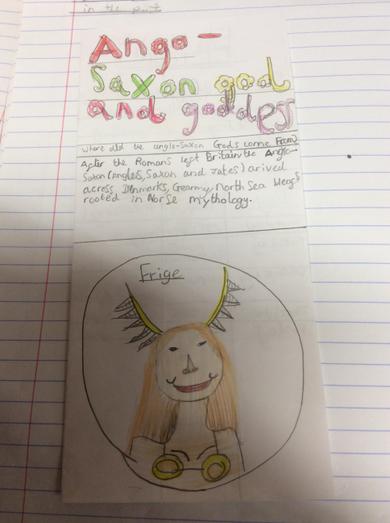 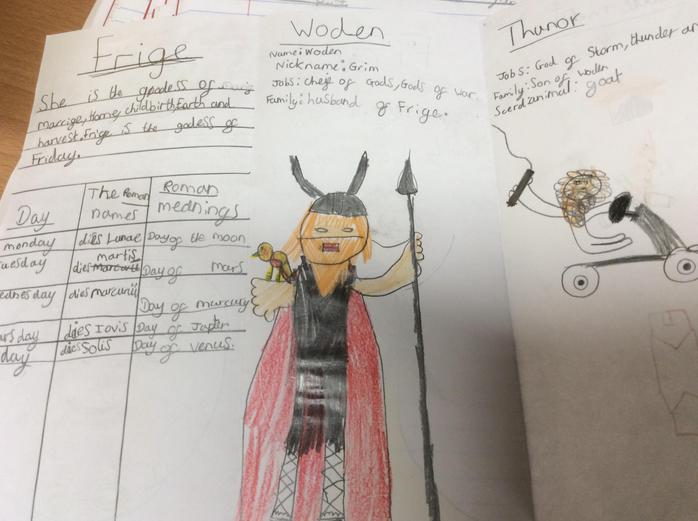 Year 4 enjoyed a visit to West Stow, where we were able to see the different types of home archaeologists believe may have been built there. Looking at the sunken house, farm houses and the larger Chief's House made this a great day out, bringing our learning to life. The children had many questions and loved looking at artefacts in the museum- the most popular being the Anglo Saxon poo! 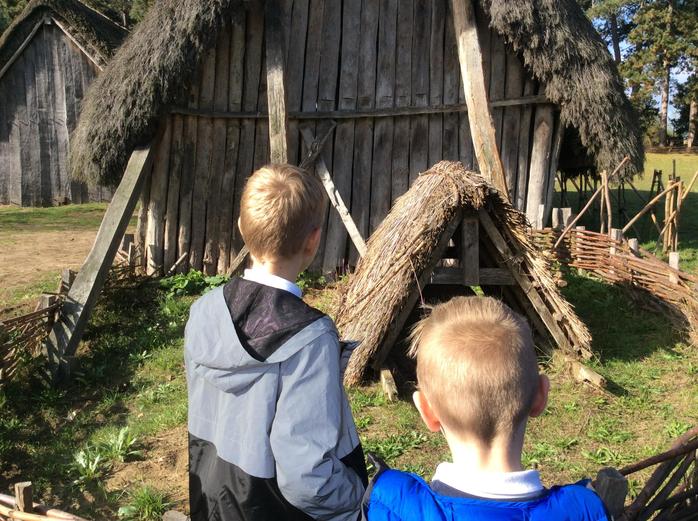 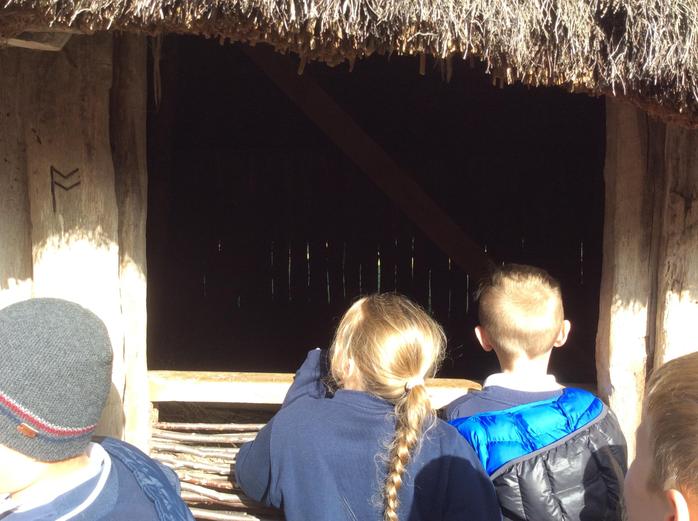 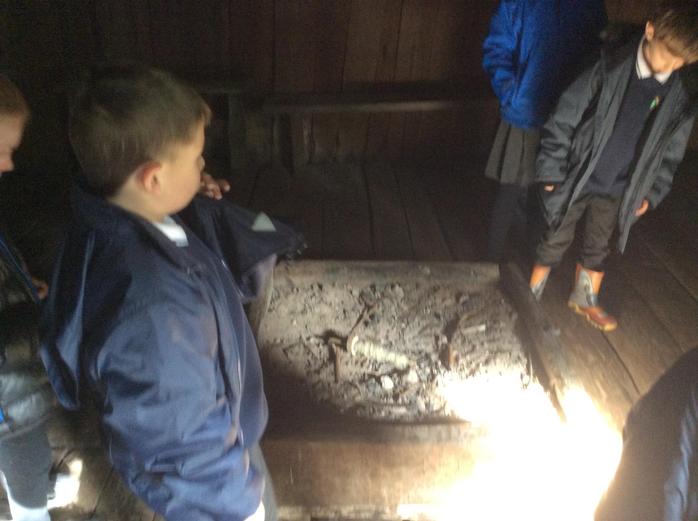 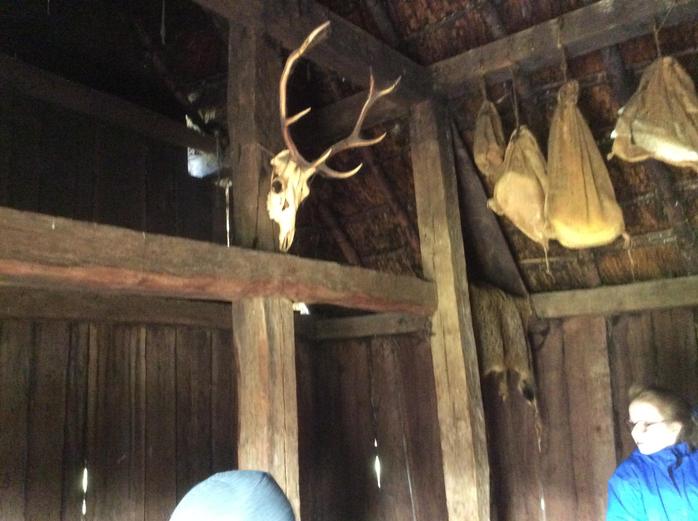 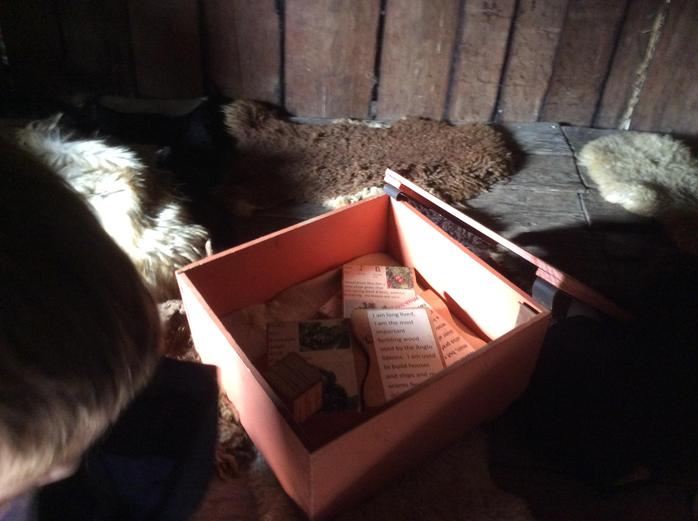 We have been really lucky to be paired up with an author who has sent us a fantastic postcard and an example of her work. Isabel Thomas will be sending us postcards over the year along with her reading recommendations for us, in return we will be answering some of her questions and sharing our reading with her. 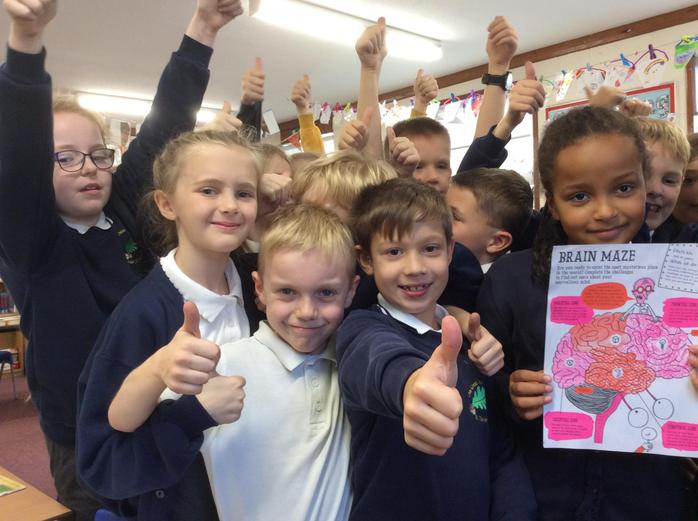 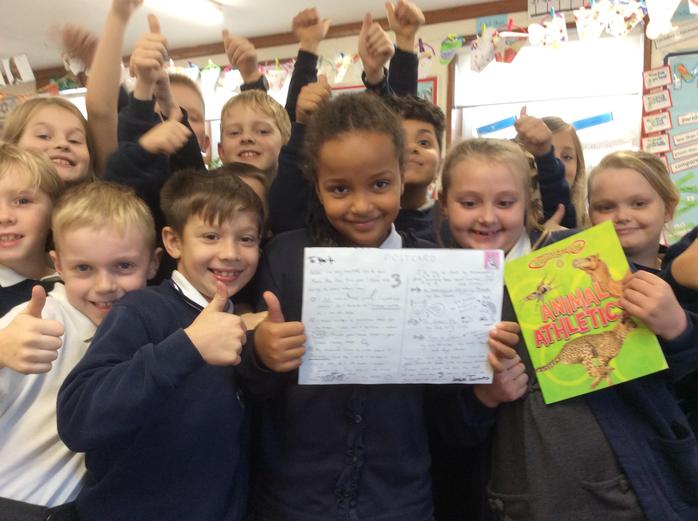 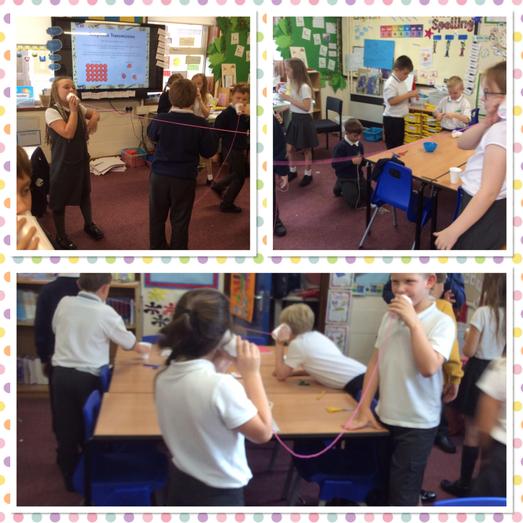 Investigating how sound travels, we had great fun creating our own string telephones. 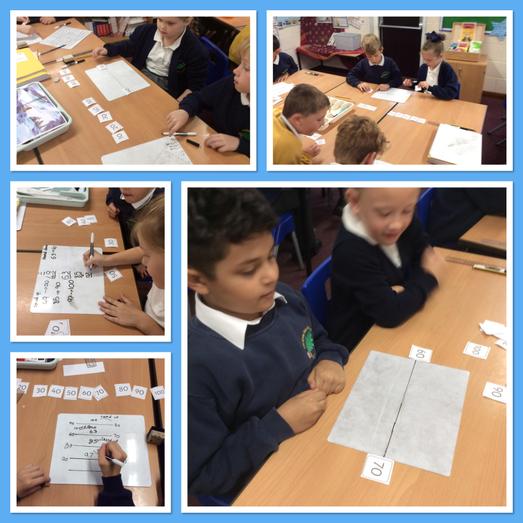 Rounding to the nearest 10.

We have built on our knowledge of multiples of ten to help us to place numbers on number lines and then say which multiple they are closer to. 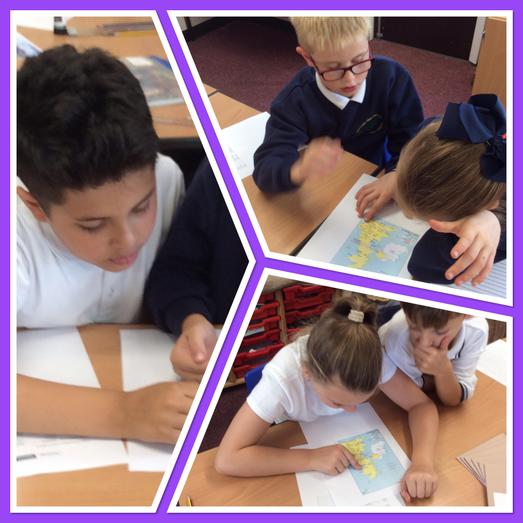 We were asked to work as historians to explore this question. Using maps, we recalled where the Anglo-Saxons came from and predicted places they may have settled. We were then given a hint of place names and their origins to help us.

We were astounded to think Anglo Saxons would have settled around our home town and found lots of evidence in the names of other towns and villages- it really brought out learning to life.

We can't wait to find out more! 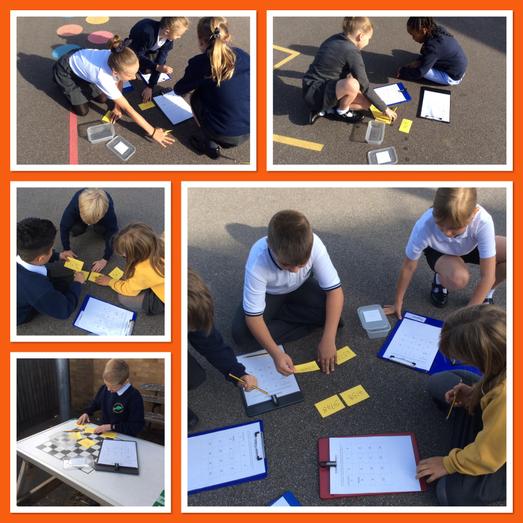 Ordering and comparing four digit numbers, we discussed the value of each digit and sequenced the sets of numbers. After ordering, we turned the numbers over and looked at the word this set formed. This word was recorded on our sheets and enabled us to check we had sequenced correctly. All of the words were from our learning so far across the whole curriculum and gave us the opportunity to revisit key vocabulary and ideas.

Exploring how pitch can be changed

Tell me a dragon

Who were the Anglo Saxons?

We began our work by researching for ourselves to answer the questions, who were the Anglo Saxons, where did they come from, why did they come and noting any other key facts we thought were important.

Working as Historians, we considered some evidence to see if we could deduce some of the reasons why they were 'pushed' or 'pulled' to come to Britain.

Who were the Anglo Saxons?